Author, Charlene Raddon talks about her new release The Scent of Roses

I enjoyed writing The Scent of Roses. The paranormal touch came into the tale all by itself. But I can't tell you much about that or I'll give too much away. The fact 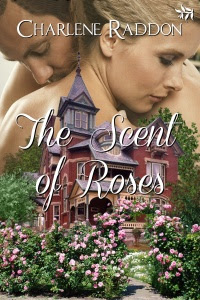 that The Scent of Roses is a sequel also added to the fun. I loved working again with Tempest Whitney and Buck Maddux, their children, and Buck's brother Cale, from my previous book, To Have And To Hold. Of course sequels present their own type of problems, too. Like trying to remember the color of Cale's hair. Was it exactly like his twin, Whip's, or did the color vary the way their eye color did?
Another reason I enjoyed writing the book is because Rose House replicates an old house I lived in when I first moved to Utah. At the time it was called the Whitmore Mansion. Last I heard it was a school for troubled teens. But it was a large and beautiful old home which I shared with my sister, nieces and nephews. Time and again we played a game of guessing where a hidden passageway or room might be lurking. In The Scent of Roses, I could create secret halls and niches wherever I wanted.
The Scent of Roses isn't even a week old yet and I'm still celebrating it's release. A number of friends are helping me via a blog hop called Promote Your Book/Promote Mine. Below is a list of the participating blogs. Drop by, leave a comment and you might win a small prize or the grand prize to be given at the end of the blog hop, a $45 gift certificate. Anyone commenting here today will also qualify so be sure to leave contact information.
Here is a bit more about the book:

Rosalyn Delaney came to Whisky Ridge, Arizona expecting to receive aid from her estranged husband, Josiah Bullock, in escaping the crazed leader of a polygamist cult determined to have her. She’s broke and has nowhere else to go. But Josiah is dead, murdered the very evening of her arrival. The town is in uproar, searching for the suspected killer, Josiah’s business partner, Whip Kincaid. Rosalyn also learns that Josiah has taken a second wife.
Whip is innocent but to prove that, he needs to stay out of jail. He hides in secret passageways in the old house he and Josiah shared, and which now belongs partly to Rosalyn. Smythely, the elderly butler who came with the house, is the only other person aware of the passageways. Lurking between spider webbed walls and using an abundance of peepholes allows Whip to keep up with what’s going on. Sneaking out at night allows him to investigate. He’s particularly interested in Rosalyn Delaney, and for more than one reason. Besides being attracted to her, he’s sure she knows something about the murder.


But does she? Is she safe at Rose House? Will she be safe from Whip Kincade?
I hope you enjoyed this peek into The Scent of Roses. Find the book here, at Amazon.com.
Charlene Raddon has been writing historical romance novels set in the American West for over 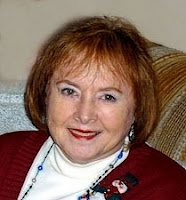 30 years. Unlike many other authors, she never planned or expected to become a writer. Until she moved to Utah, she was an artist. After moving here she discovered romance novels and fell in love. Her first novel won her a full scholarship to the Park City Writer's Workshop, but being a time travel, at a time when they weren't selling, she set that book aside and wrote a romance that won first place in a Colorado Gold Contest, then became a Golden Heart Finalist. She soon signed a three-book contract with Zebra Books (Kensington Books), and saw five of her stories published before the market crashed at the end of the 1990s. Her books are now being published as eBooks by Tirgearr Publishing and a brand new story is slated to be published  later this year. To be added to her mailing list, leave a comment including your email address.