When I’m writing I often visualize the characters to look like an actor or actress. With my last book CHASING CLOVERS, I was asked all the time what actors I thought should play my characters and of course I had the answers right away, Ilsa Fisher and Dwayne Johnson, yes the rock.
I’m not one who thinks my books could ever be movies, but hey, you never know. So just for fun and in case Hollywood comes calling I thought I’d help them out with who I think should play my main characters. 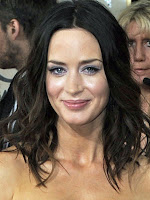 Nora Rushton: I created Nora to be somewhat exotic looking in the fact that she had black hair and blue eyes. She is a healer, or what most call a witch. I knew right away that she’d be soft and timid, yet when required she’d have a feisty side too. Emily Blunt came to mind. She appears to have the same quiet, stoic mannerisms I created in Nora, but the fire needed to play her too. 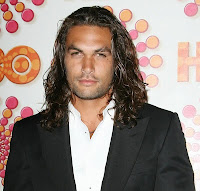 Otakatay was bit harder for me to pin down. He is tough as nails, gritty, lethal and will kill you if he needs to. He is half Lakota and half white with a dark look to him. All the regular actors don’t come to mind when I think of him, until it hit me when I was writing this post, Jason Momoa. Yes, that was it. Dark, feral, beastly look, with a yummy appeal to him as well.

Colorado Mountains, 1880
The blade slicing his throat made no sound, but the dead body hitting the ground did. With no time to stop, he hurried through the dark tunnel until he reached the ladder leading out of the shaft.
He’d been two hundred feet below ground for ten days, with no food and little water. Weak and woozy, he stared up the ladder. He’d have to climb it and it wasn’t going to be easy. He wiped the bloody blade on his torn pants and placed it between his teeth. Scraped knuckles and unwashed hands gripped the wooden rung.
The earth swayed. He closed his eyes and forced the spinning in his head to cease. One thin bronzed leg lifted and came down wobbly. He waited until his leg stopped shaking before he climbed another rung. Each step caused pain, but was paired with determination. He made it to the top faster than he’d thought he would. The sky was black and the air was cool, but fresh. Thank goodness it was fresh.
He took two long breaths before he emerged from the hole. The smell from below ground still lingered in his nostrils; unwashed bodies, feces and mangy rats. His stomach pitched. He tugged at the rope around his hands. There had been no time to chew the thick bands around his wrists when he’d planned his escape. It was better to run than crawl, and he chewed through the strips that bound his feet instead. There would be time to free his wrists later.
He pressed his body against the mountain and inched toward the shack. He frowned. A guard stood at the entrance to where they were. The blade from the knife pinched his lip, cutting the thin skin and he tasted blood. He needed to get in there. He needed to say goodbye. He needed to make a promise.
The tower bell rang mercilessly. There was no time left. He pushed away from the rocky wall, dropped the knife from his mouth into his bound hands, aimed and threw it. The dagger dug into the man’s chest. He ran over, pulled the blade from the guard and quickly slid it across his throat. The guard bled out in seconds.
He tapped the barred window on the north side of the dilapidated shack. The time seemed to stretch. He glanced at the large house not fifty yards from where he stood. He would come back, and he would kill the bastard inside.
He tapped again, harder this time, and heard the weak steps of those like him shuffling from inside. The window slid open, and a small hand slipped out.
“Toksha ake—I shall see you again,” he whispered in Lakota.
The hand squeezed his once, twice and on the third time held tight before it let go and disappeared inside the room.
A tear slipped from his dark eyes, and his hand, still on the window sill, balled into a fist. He swallowed past the sob and felt the burn in his throat. His chest ached for what he was leaving behind. He would survive, and he would return.
Men shouted to his right, and he crouched down low. He took one last look around and fled into the cover of the forest.
Buy LAKOTA HONOR here.
Posted by Kat Flannery at 10:53