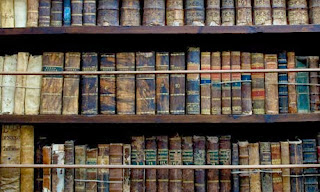 Writing historical fiction can be a long drawn out process. There's a ton of research involved and if you're not into research, then this isn't the genre for you. I wouldn't say writing historically is any different than writing any other genre, they all have rules. These rules aren't set in stone, but should be taken seriously as they could ruin your story and ruin your readership. I've given five of the major rules I follow while writing and I hope they help you too.

1.   Events: When writing historical fiction if your story takes place during a monumental event be sure to include it. For example: if you were writing a book during 1815 in the Colonies of America, you’d need to include the war of 1812 as it was still going on then. This would’ve impacted your characters lives and you wouldn’t be doing the story any justice if you ignored this fact. You can use smaller events too, such as the Battle at Little Bighorn. You don’t need to describe the event itself, but rather include what your character thought of it, or make mention of it in a conversation. This pulls the reader into your story even more, as you’re bringing them back in time.

.     Clothing: Every decade has its fashion faux pas; make sure to be accurate when it comes to dress. As a writer of historical novels you will need to research this. Be as accurate as possible. You can pull a reader right out of your story by placing more up-to-date clothing on your character than what they actually wore.
Language: According to my research slang and swear words have been around before the turn of the century, but don’t include them if it doesn’t fit your character’s make-up. I remember watching a western where the main characters threw the F-bomb around like it was how-de-do. It ruined the whole movie for me. It wasn’t that I didn’t believe, or know that the F word has been around since the beginning of the century, but the characters didn’t fit the language used. It was too much, and became a huge distraction. The last thing you want is to distract your reader with over used words that don’t bring the story along.

This also goes with every day language. If your story takes place in the early 1400’s you will need to educate yourself on the way they spoke. Chances are they used different words to describe things, especially if your novel takes place in any other country besides the United States and Canada.

Setting: This is one of the most important things you’ll need to know and if not done right will pull your reader from the story and you won’t have a hope in hell trying to bring them back.  Your job as a writer is to paint a picture with words. The reader has never been to historical Ireland, you need to bring them there with your description, with little details that create a vivid setting. I know you’ve never been to historical Ireland either, and so your job is to research the heck out of it. Learn all you can about your location, even if you only use a fraction of it. I once spent a whole day researching what trees were indigenous to the state of Colorado in the 1800’s.

Question the period: As a historical writer you need to remember all the little things too. What was the form of transportation? What did they eat? What jobs were there? Who was the law? Was there vigilantism? And on and on. Always ask yourself questions throughout your writing process. These are all facts that will be in your novel. You will need to know them. Educate yourself, read, and read some more. Be articulate—be smart. Do not let one slip-up happen, for it could be the death of your story.

The more you write the better you will be and writing historical fiction is no different. The first novel will be a challenge and you’ll second-guess yourself along the way, you’d do this if you were writing contemporary too. Your job is to tell a story with fascinating characters, a descriptive setting and an exciting plot.

What I love best about being a historical fiction author is I get to learn so much about history, and the people that lived before me. And even greater is I get to bring my readers on that journey with me.