Please help me welcome award winning author, Paty Jager to my blog. Paty is here to tell us about her new book LAYING CLAIM and some of the research she did to write it.

In my book Laying Claim, the heroine, Clara Bixbee, arrives in Skagway, Alaska determined to cross the Chilkoot Trail. The Seattle newspapers claimed it was the route that would get the gold seekers to the Yukon the fastest.
What the newspapers didn’t tell about was the rugged, steep terrain that ascends ten miles to the 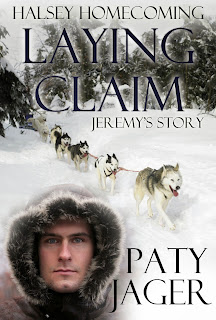 summit, starting eight miles in from the coast and rising to 3,500 feet. The last 1,000 feet the grade is 35 degrees. The last leg has steps cut into the hard-packed snow and a guide wire.

Many of the men and women crowding the trail were office workers and city dwellers. The arduous trail not only had to be traversed once but, every person who crossed had to have with them at least 1,000 pounds of supplies. This decree was made by the Northwest Mounted Police (NWMP) after the first wave of people entered the Yukon and then starved due to lack of supplies. The NWMP had stations at the summit to check that everyone had proper provisions. If a person didn’t have the required amount, they were sent back down to Dyea and Skagway for supplies.
Most of the rushers used all their money to get to Alaska and for supplies. They couldn’t afford a pack animal or dog sleds. One person can’t carry one thousand pounds, which meant they had to stash their supplies and take what they could carry up and have someone watch it for them while they went back down and brought up another load. It usually took one person 10 to 20 trips depending on how much they could carry, to get their supplies to each stopover.
It could take two days to go two miles if the trail was bad, because they had to haul a load, off-load, walk back and get more and haul that. Every place they stopped to cache their loads a tent city would sprout up. These cities had saloons and gambling. Hotels made of wood frames and canvas with rows of three-high bunk beds. A tired, cold traveler could get a bed and a warm meal for $1.
When they made it over the summit, the gold seekers came to Tagish Lake.  Here they made boats and used the waterways to travel the rest of the way to the gold fields.
In Laying Claim, Clara is talked out of going over Chilkoot and traverses White Pass with a dog sled. They were traveling in the dead of winter and used the frozen waterways like roads.

This post is part of a week-long blog tour. I love to give and you could be the winner! I will be giving away an e-copy of my Christmas novella, Christmas Redemption, to one commenter at each blog stop where there are at least ten commenters. You can find the blog tour hosts at my blog: http://www.patyjager.blogspot.com or my website: http://www.patyjager.net
Blurb for Laying Claim:

Jeremy Duncan commits to haul one last load of supplies across the great interior of the Yukon before heading home. But, he has to trade his pack animals for sled dogs and leave Skagway in the middle of a blizzard due to one strong-willed, business-minded beauty.

Determined to find her older brother, Clara Bixbee doesn’t care how she gets across the pass, as long as she does, and soon. Hiring handsome pack guide Jeremy Duncan seems to be her best choice. Especially after she saves a young girl being beaten by the local gang leader and needs to escape Skagway fast.

“Who’s there?” a female voice questioned through the wood barrier.
“I have a trunk for a Clara Bixbee.”
The door swung open. A girl stood in the opening.
He blinked.
No. A girl didn’t fill out the front of a dress like this one did. But she was small. Tinier even than his sister, and she barely came to his shoulder.
“It’s about time you brought my trunk. I’ve been waiting hours for it to arrive.” Her green eyes snapped with anger.
“I don’t know who you asked to pick this up, but I found two thieves rummaging through it on the beach and saved it.”
She gasped, then her small pink mouth set in a grim line. “I paid the clerk downstairs to have someone bring it to me.”
No wonder the man had a startled look on his face when Jeremy hauled the trunk up the stairs. “Where would you like me to put it?”
The woman stepped back, opening the door wider. “I cleared a spot over there. I’ve yet to meet my roommate but will have a word with her about this mess when she comes back.”
Jeremy set the trunk on the floor and turned to the woman. Her blonde hair was pulled up into a working woman’s bun, but her clothes, the ones she had on and the ones he’d sifted through in the trunk, were not working-class clothes.
She stood with her hands on her hips, her head tipped back, eyeing him. “How did you know this was my trunk?”
“After I chased the men off, I took it to my livery where I had some light and looked through it until I found the Bible with your name in it. Then I left it in safekeeping and started asking for you at the hotels.”
Her smooth, creamy skin flushed a deep pink. “You went through my trunk?”
“Would you rather I left it to the thieves who wouldn’t have brought it to you even after they took all they wanted from it?” While the woman was soothing on the eyes, he wasn’t keen on her attitude.
She gasped and dropped to her knees in front of the trunk. Her tiny fingers clasped the broken latch where a key had most likely locked the box. She unclasped the other latches and dug down to the bottom of the trunk shoving the clothing, causing them to spill over the sides.
Jeremy watched in fascination as she burrowed into the contents. She pulled out an oilcloth jacket and pushed her hand into a pocket. A smile crept across her face. Her hand reappeared empty. He’d guess she had money stashed in that coat.
He cleared his throat and she jumped. In her urgency to make sure she hadn’t been robbed, she’d forgotten he was still in the room.
“Mr…?”
“Jeremy Duncan. Miss…?” He hoped she didn’t say she was married. It would be a shame to have rifled through a married woman’s unmentionables. It would make fanaticizing about her not near as much fun.
“Bixbee.” She frowned. “You know my name. Why are you asking?”
He smiled. “Just figuring out if you’re married.”
“I am not, and it isn’t proper for you to be in my room.” She pushed to her feet and stood, again, with her hands on her narrow hips.
Jeremy nodded to the open door. “The door isn’t closed so you haven’t been compromised.” 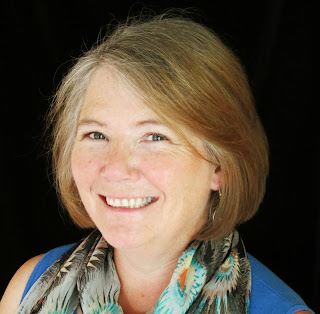 Bio: With sixteen published books, three novellas, and an anthology, award-winning author, Paty Jager is never at a loss for story ideas and characters in her head. Her rural life in central and eastern Oregon, and interests in local history and the world around her, keeps the mystery and romance ideas flowing. She not only writes the western lifestyle, she lives it.
You can learn more about Paty at her blog; www.patyjager.blogspot.com  her website; http://www.patyjager.net or on Facebook; https://www.facebook.com/#!/paty.jager and twitter;  @patyjag.