Today I am thrilled to have the phenomenal author,
Jesse Giles Christiansen on my blog!
His last novel, PELICAN BAY was a hit with readers and I'm positive his next book, a continuation to the series CAPTAIN SHELBY will knock your socks off.
He is here today to talk about his new event Become a Video and Book Star where you can win tons of prizes and be in the music video, LAURA LIE that Jesse composed and sings.This guy is bursting with talent.

The event, Become a Video and Book Star is set for June 10th. How did you come up with something so unique?

Great question. I sincerely believe that success for an author births from creating the best art humanly possible, but even more importantly, finding ways to connect with readers. After all, where would us writers be without readers? As a singer/songwriter, I’m a big fan of American Idol. This season, they did a lot of Facebook interaction, and I think a big part of my event idea came from watching all the fans’ faces appear on the T.V. screen. I thought, “What if we did that in a rock video, and then in a collage shape made out of photos in the back of a published book?!” This way, I’m connecting with readers in a special manner by actually having them be a physical part of my work.

What do readers need to do to enter this contest?

It’s very simply, really. They just go to: http://ow.ly/xIi9V and click join at the top of the page. 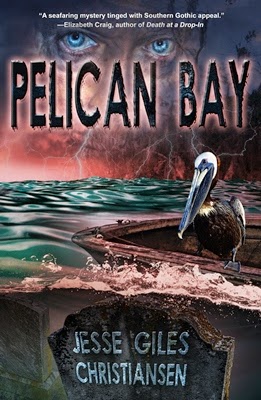 There will be huge prizes and lots of fun activities on the Facebook page all day on June 10th. For non-Facebook readers, they can simply join the Rafflecopter contest (link will be given out this coming Monday at midnight on Facebook (at event) and on Twitter (@JesseGilesChris). To have their profile picture in the video and published book, readers must buy or gift my #1 Amazon list bestselling novel, PELICAN BAY for only .99 on June 10th.

Did your new book, Captain Shelby inspire you to write the song Laura Lie that will be featured in the video?

The song, “Laura Lie” actually started with the first novel in the CAPTAIN SHELBY SERIES, PELICAN BAY. Captain Shelby is always humming a ditty while mending his fishing net. One day, Ethan Hodges hears the song, and at the end of the novel, sings it himself. For CAPTAIN SHELBY, I wanted to extend the melody from a ditty into a full song, so I added verses to it. On June 10th, I’ll be unveiling a brief rock video rehearsal takeout on YouTube. The full rock video will be released later with all my wonderful readers’ faces streaming by in the background.

Tell us a little bit about your Pelican Series and will there be a book three?

This is my first series, but from what I’ve read, the plot and characters decide how many books there are. In this case, a third book is already outlined. PELICAN BAY actually started as a short story entitled RIGHT CROOKED (yes, everyone in the biz hated the name, too). They say that if a character screams out for more room to grow, you give it to him. Captain Shelby has been doing that, and until he stops doing that, the series will go on. After all, I owe him his full growth as a fictitious person since he did start my career for me(!).

When will we see Captain Shelby on shelves?

We don’t have an exact release date yet, but it is in the editing process, and I hope it will be coming out late summer. I’ll be doing a launch party for it, in which I’ll be naming my second “Jesse’s Bookworm for Life.” To find out what that is, you’ll have to join the event on June 10th. (Hint, hint).

Kat, I can’t thank you enough for having me on your blog. Also, I really appreciate you being a part of my event. You’re a “class act author!”

You're most welcome, Jesse! 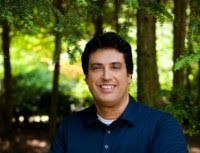 Jesse Giles Christiansen is an American author who writes compelling literary fiction that weaves the real with the surreal. He attended Florida State University where he received his B.A. in English literature. He is the author of the novel Pelican Bay, an Amazon #1 list bestseller, outselling Old Man and the Sea by Hemingway. He is also the author of the upcoming prequel to PELICAN BAY (Summer 2014), CAPTAIN SHELBY, which focuses on a group of Irish settlers who venture across the North Atlantic in order to escape the tyranny of King Henry VIII, only to find themselves thrust into an historical battle against the sea, the Little Ice Age, island natives, and the formidable mystery of an old fisherman. One of Christiansen's literary goals is to write at least fifty novels, and he reminds himself always of something that Ray Bradbury once said: "You fail only if you stop writing."