Serial Killer Quarterly - "A compelling read...by some of the best writers working in the field." 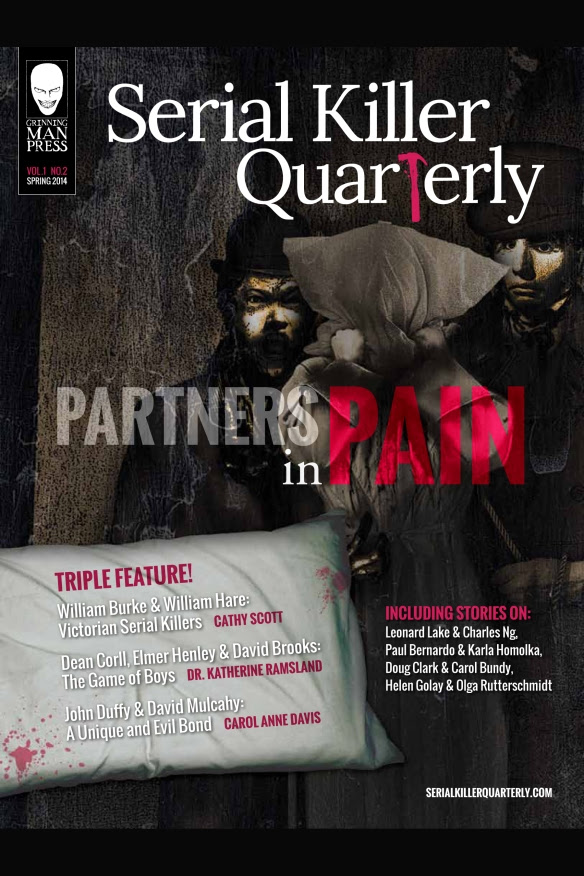 Bestselling author Cathy Scott guides the reader through the fog choked alleyways of Edinburgh where Irishmen William Burke and William Hare fatally suffocated up to 25 people in 1828.

Our second feature by Dr. Katherine Ramsland focuses on Houston's wicked "Candy Man" Dean Corll - one of the most sadistic murderers in 20th century criminal history.

Feature number three takes us back to the United Kingdom as Carol Anne Davis explores whether both John Duffy and David Mulcahy were truly the "Railway Killers".

Kim Cresswell relays the perverse folie a deux of Doug Clark and Carol Bundy whose rampage began in 1980 on LA's sunset strip.

Robert Hoshowsky and Curtis Yateman write of confinement and torture in their pieces on Leonard Lake and Charles Ng and "Ken and Barbie Killers" Paul Bernardo and Karla Homolka.

Lastly, Aaron Elliott takes a look at a rare female-female serial killer duo, LA's Helen Golay and Olga Rutterschmidt, who drugged and ran over two men with their car in order to collect on their life insurance policies.

Also includes, Anthony Servante's analysis of poems by the Zodiac Killer, Joseph Kallinger, and Israel Keyes, and a review of the film 'Natural Born Killers'. 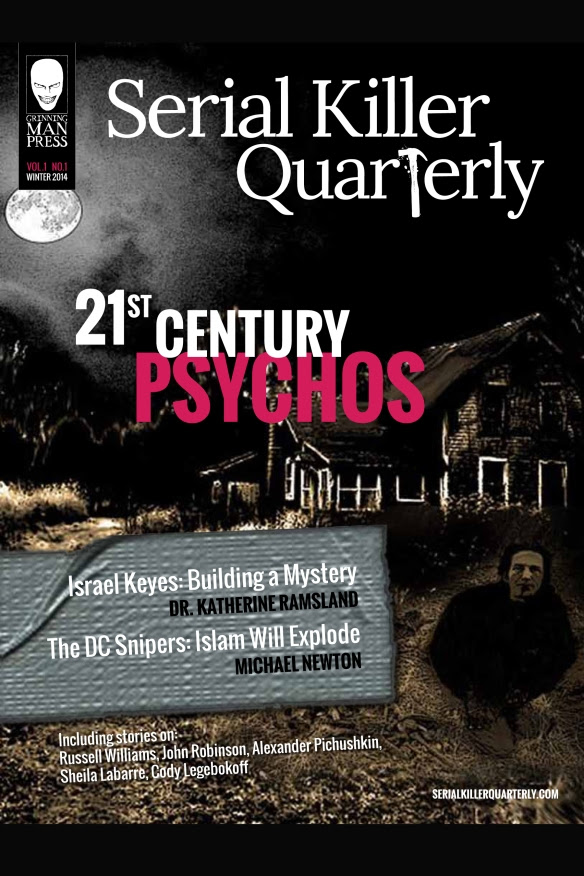 Michael Newton – author of 265 books including the groundbreaking Encyclopedia of Serial Killers – details their three week reign of terror in his feature “Islam Will Explode”. Lee Mellor‘s “Web of Spiders” discusses the milestone case of “Slavemaster” John Edward Robinson: the Internet’s first serial killer. Other articles in “21st Century Psychos” include:

“Canada’s Killer Countryboy?” – Kim Cresswell sheds light on clean-cut “country boy” Cody Legebokoff, who at the age of 21 was charged with the murders of four women in western Canada. Is his guilt a certainty, or is there more to this story than meets the eye?
Available in stunning magazine-style at Serial Killer Quarterly or e-Book
Amazon Kobo Barnes & Noble iTunes Google Play

"A compelling read...by some of the best writers working in the field. If there was going to be a high-end literary journal of serial homicide then Serial Killer Quarterly is it." - Dr. Peter Vronsky, Bestselling author of Serial Killers: The Method and Madness of Monsters

"If you're fascinated by history's most notorious murders, then Serial Killer Quarter is the best place to go. Here you will find some of the best true crime writers in the country... a must-read publication--as long as you keep the lights on." - Deborah Blum, Pulitzer Prize winning journalist, author of The Poisoner's Handbook