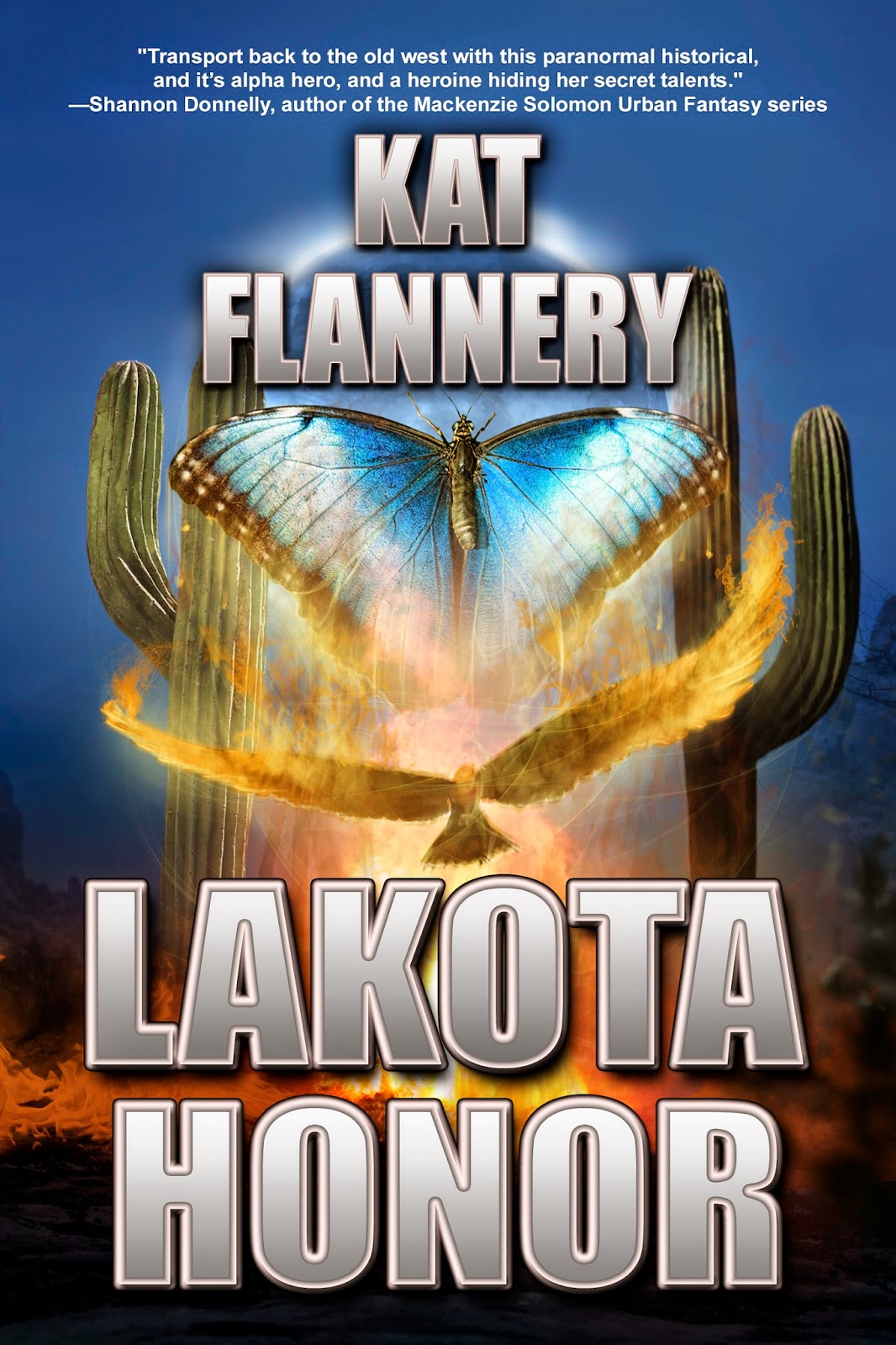 
Fate has brought them together, but will a promise tear them apart?

In the small town of Willow Creek, Colorado, Nora Rushton spends most of her days locked up in her home with a father who resents her and fighting off unwanted marriage proposals from the wealthy Elwood Calhoun. Marked as a witch, Nora must hide her healing powers from those who wish to destroy all the witkowin--crazy women. What she doesn't know is that a bounty hunter is hot on her trail.

Lakota native Otakatay has an obligation to fulfill. He has been hired to kill the witkowin. In a time when race and difference are a threat and innocence holds no ground, courage, love and honor will bring Nora and Otakatay together as they fight for their freedom. Will the desire to fulfill his promise drive Otakatay to kill Nora? Or will the kindness he sees in her blue eyes push him to be the man he once was?


"For something different, transport back to the old west with this paranormal historical, and its alpha hero, and a heroine hiding her secret talents." --Shannon Donnelly, author of the Mackenzie Solomon Urban Fantasy series

"Ms. Flannery doesn't shy away from writing gritty scenes or about unpleasant topics. In this book, she deals with child labor and abuse, as well as animal abuse, and I simply wanted to reach through the computer screen and kill the awful villain myself, I got so angry. That's what good writing is all about--bringing out strong emotions in a reader. Congratulations on a job well done!" --Peggy L. Henderson, bestselling author of the Yellowstone Romance Series

"Talented, Kat Flannery knows her Native American history and those who relish the conflict of a heroic half-breed trapped between the white man's world and the Indian will fall in love with LAKOTA HONOR." --Cindy Nord, award-winning author of No Greater Glory

The blade slicing his throat made no sound, but the dead body hitting the ground did. With no time to stop, he hurried through the dark tunnel until he reached the ladder leading out of the shaft.
He’d been two hundred feet below ground for ten days, with no food and little water. Weak and woozy, he stared up the ladder. He’d have to climb it and it wasn’t going to be easy. He wiped the bloody blade on his torn pants and placed it between his teeth. Scraped knuckles and unwashed hands gripped the wooden rung.
The earth swayed. He closed his eyes and forced the spinning in his head to cease. One thin bronzed leg lifted and came down wobbly. He waited until his leg stopped shaking before he climbed another rung. Each step caused pain, but was paired with determination. He made it to the top faster than he’d thought he would. The sky was black and the air was cool, but fresh. Thank goodness it was fresh.
He took two long breaths before he emerged from the hole. The smell from below ground still lingered in his nostrils; unwashed bodies, feces and mangy rats. His stomach pitched. He tugged at the rope around his hands. There had been no time to chew the thick bands around his wrists when he’d planned his escape. It was better to run than crawl, and he chewed through the strips that bound his feet instead. There would be time to free his wrists later.
He pressed his body against the mountain and inched toward the shack. He frowned. A guard stood at the entrance to where they were. The blade from the knife pinched his lip, cutting the thin skin and he tasted blood. He needed to get in there. He needed to say goodbye. He needed to make a promise.
The tower bell rang mercilessly. There was no time left. He pushed away from the rocky wall, dropped the knife from his mouth into his bound hands, aimed and threw it. The dagger dug into the man’s chest. He ran over, pulled the blade from the guard and quickly slid it across his throat. The guard bled out in seconds.
He tapped the barred window on the north side of the dilapidated shack. The time seemed to stretch. He glanced at the large house not fifty yards from where he stood. He would come back, and he would kill the bastard inside.
He tapped again, harder this time, and heard the weak steps of those like him shuffling from inside. The window slid open, and a small hand slipped out.
“Toksha ake—I shall see you again,” he whispered in Lakota.
The hand squeezed his once, twice and on the third time held tight before it let go and disappeared inside the room.
A tear slipped from his dark eyes, and his hand, still on the window sill, balled into a fist. He swallowed past the sob and felt the burn in his throat. His chest ached for what he was leaving behind. He would survive, and he would return.
Men shouted to his right, and he crouched down low. He took one last look around and fled into the cover of the forest.


Get LAKOTA HONOR, book one in the
Branded Trilogy for 0.99!!