Bestselling author, Melodie Campbell stops by to talk about her newest book.

I have the very talented Melodie Campbell, author of the bestselling novels the Godfather and Land's End series to talk about her new book,
CODE NAME: GYPSY MOTH an Imajin Books Qwickie.

A funny thing happened on the way to the crime book: it became a sci-fi romantic-suspense novella. 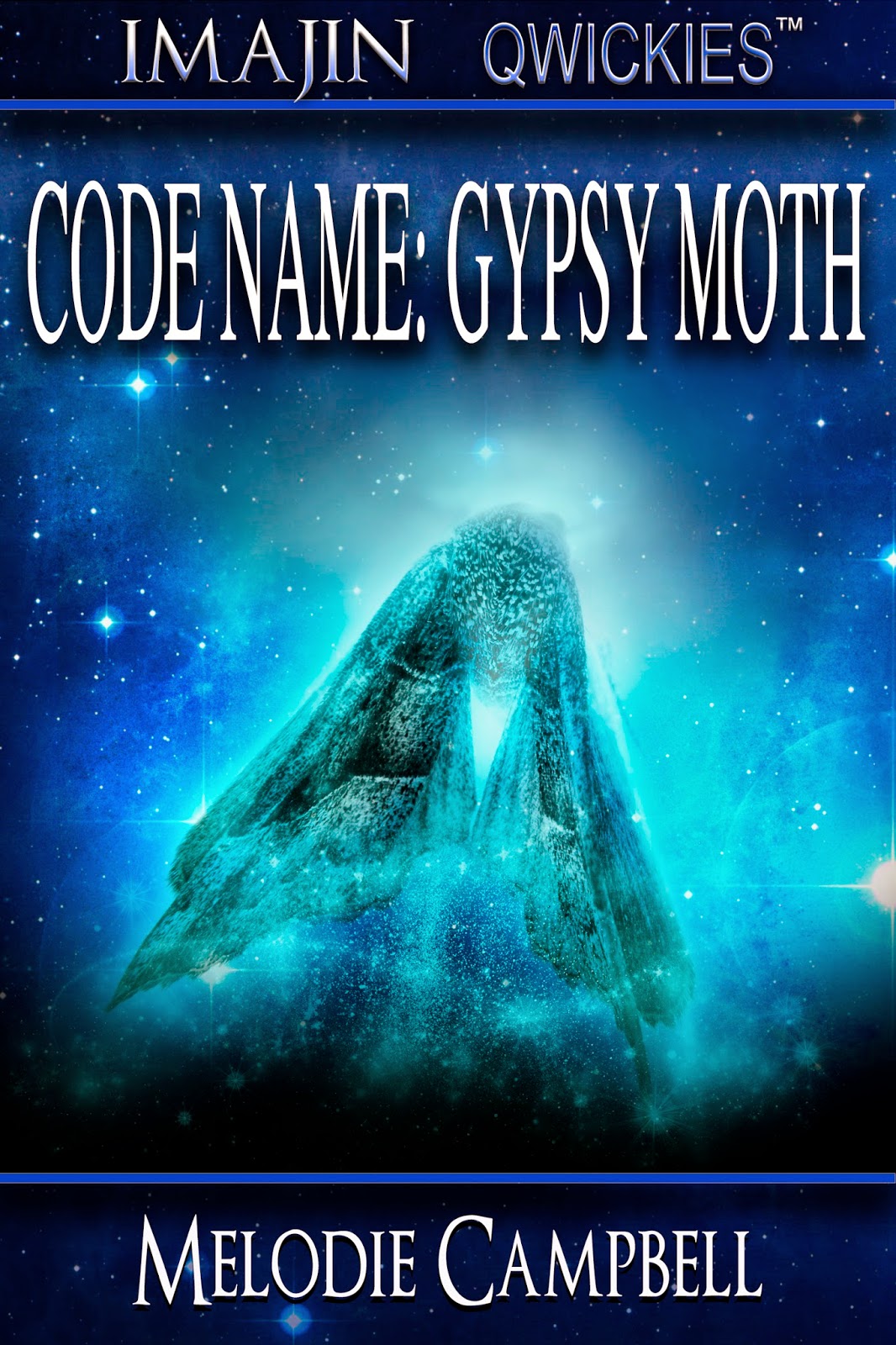 That’s the wacky thing about being a fiction writer.  Sometimes you don’t pick your characters – they pick you.

I was sitting at my desk, minding my own business, when…no, that’s not how it happened.
It was far worse.

“Write a spy novel!” said the notable crime reviewer (one of that rare breed who still has a newspaper column.) We were yapping over a few drinks last spring.  “A funny one. Modesty Blaise meets Maxwell Smart.”

And I intended to.  Truly I did.  I tried all summer. I even met with a former CSIS operative to get the scoop on the spy biz (think CIA, but Canada – yes, he was polite.)   Wrote for two months solid.  The result was…kinda flat.

I started to hate it.

They didn’t.  It was a criminal sit-in.  They wouldn’t leave until I agreed to write their tale.
So the modern day spy novel became a futuristic gal who runs a bar on a space-station, but is also a spy story!  With romance and a lot of laughs, of course.

Two more months spent in feverish writing.  Another two in rewrites.  Then another, to convince my publisher that the project had legs.

CODENAME: GYPSY MOTH is the result.  Yet another crossing the genres escapade.
Written by me, and a motley crew of night visitors.

Now hopefully they will keep it down in there so I can sleep.

It isn't easy being a female barkeep in the final frontier...especially when you’re also a spy!
Nell Romana loves two things: the Blue Angel Bar, and Dalamar, a notorious modern-day knight for hire.  Too bad he doesn't know she is actually an undercover agent.  When Dalamar is called away on a routine job, Nell uncovers a rebel plot to overthrow the Federation. She has to act fast and alone.
Then the worst happens.  Her cover is blown, and more than their love is put to the test … 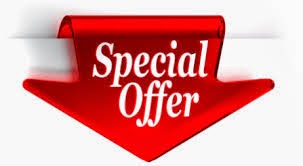 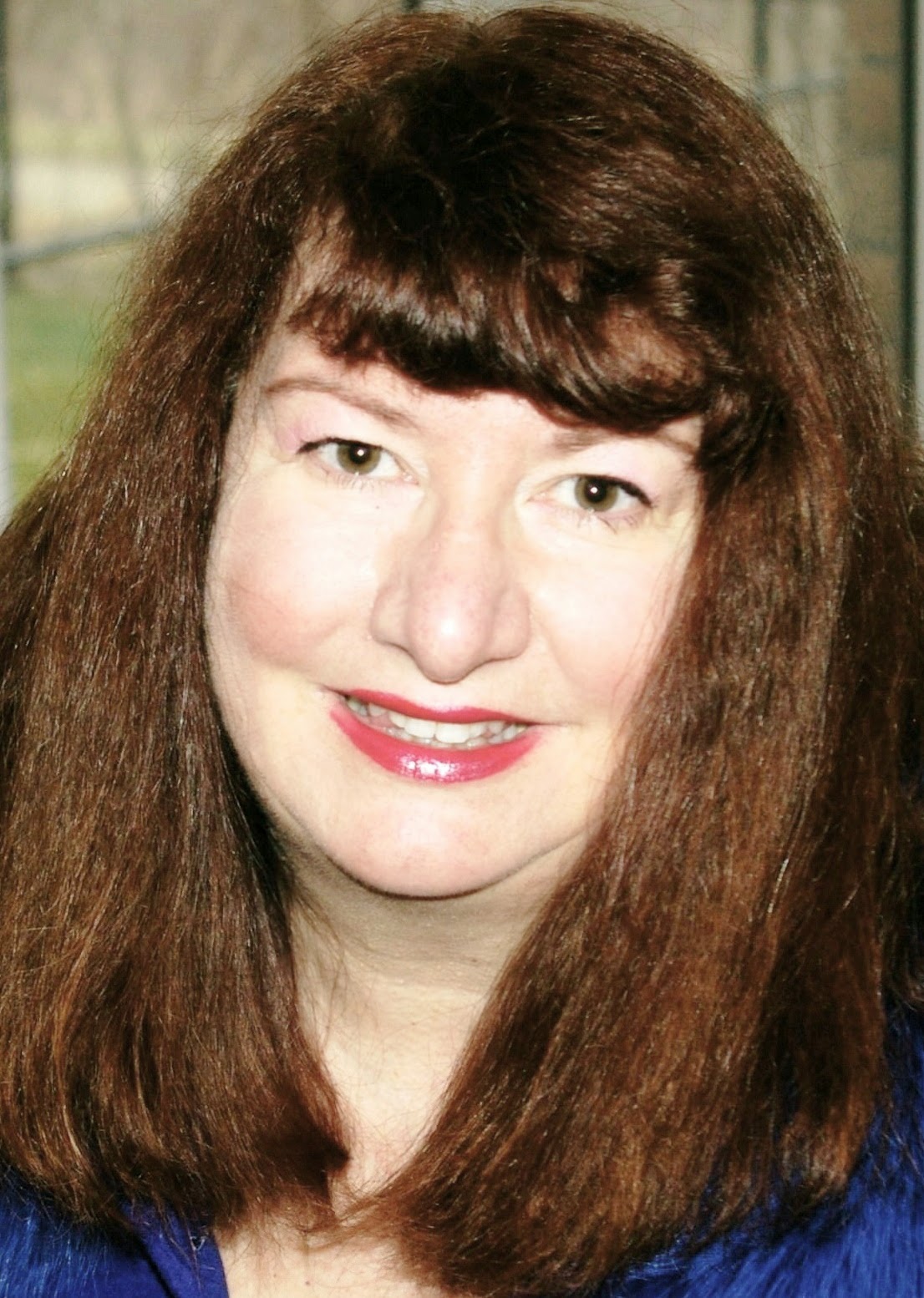 Bio: Melodie Campbell
The Toronto Sun called her Canada’s “Queen of Comedy.”  Library Journal compared her to Janet Evanovich.  Melodie Campbell got her start writing standup.  She has over 200 publications and nine awards for fiction.  Code Name: Gypsy Moth (Imajin Books) is her eighth book.