Liberated is a narrative account on the life of one woman living in a
Concentration Camp during WWII. The grotesque details of what she endured is heartbreaking...how she even survived was a miracle. ~ Kat.

This book is a biography of a woman I have loved and admired for the whole of my life.
In December 1944 a German family of seven were captured and convicted of war crimes for harbouring Jews.
I have known this story for most of my life. In the twilight of her years, this lady has decided that it is time for her story to be told, so it will be recorded for future generations.
The woman and her sister were interned in Bergen-Belsen Concentration Camp until Liberation on 13 April 1945.
This is a true account of her experience. 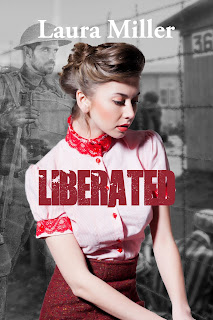 Hanover, Lower Saxony
GERMANY 1939
The house looked the same as every other dwelling in the street. Two story, attached, weathered stone. There were three bedrooms and a bathroom with indoor plumbing upstairs. An attic, where family treasures were hidden, could only be accessed through a removable panel in the ceiling of the main bedroom closet. Downstairs was a small but adequate dine in kitchen, a sitting room and a storeroom. Inside the storeroom was a staircase which led down to a basement.

The house sat opposite the banks of the Leine River. It was home to Inga Albine and her family. She had one older sister, two older brothers and one younger brother. They loved summer when they could swim and play in the water.

Inga’s father, Adaulfo, was a well-known and successful Banker. An unusual occupation for an Aryan as most Bankers were Jewish.

Inga’s mother, Alisz, was a talented seamstress but with her husband being more than capable of providing for the family, sewing was a hobby rather than a chore. Although sewing gave her a great deal of joy, her first love was her family. She adored being with her children.

Being only children, both Alisz and Adaulfo had always dreamed of having a large family. Their dream had come true. They had five healthy children, blonde haired, blue eyed. Perfect Aryans in Adolf Hitler’s eyes. Klaus, 18, Manfred 17, Elke 15, Inga 13 and Oskar 8. The girls and Oskar attended private school while the two older boys studied Engineering. They all played the violin and with the exception of Oskar, they played very well. Neighbours often praised Adaulfo and Alisz on how polite and well-mannered all five children were.

The family were prominent in the local community. They never hesitated to help people who were less fortunate than themselves.

That was to be their downfall….. 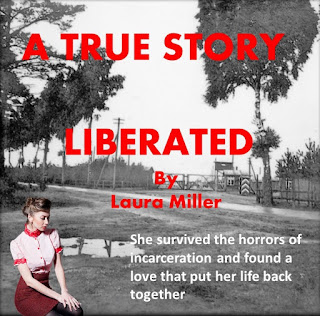 Laura is a middle aged lady who was born in England.

She has a compassionate nature, a great sense of humor and is a loyal friend. She also has an insatiable love of history.

Growing up, Laura would spend hours with a member of her family who she loved dearly. Over the years she was told the story of how this amazing
lady had suffered at the hands of the Gestapo and German SS.

Laura had always had a strong desire to write. She felt a responsibility to record the story as a part of her family history.