5 Tips on what NOT to do When Writing a Novel

Have you ever wondered what not to do when writing a novel? Well you're in luck because today I have Imajin Books author, Kristina Stanley on my blog discussing this very thing!

Take it away Kristina...

In light of the number of hits on Kat’s guest blog 5 Tips to Help You Write a Novel I thought I’d play a little tag with Kat. I’m going to cover each topic, but write what you shouldn’t do. I’ll be the darkness to Kat’s light.

Kat described what you should do. So what shouldn’t you do when writing a novel?

I’ve used Kat’s heading to make it easy for you to refer to her post. I agree you should start with a bang, and I’ve added my thoughts on what not to start with.

Don't start with a cliché. And by this I don't just mean the type of cliché like “It’s raining cats and dogs.” I also mean situational clichés. For example: The protagonist waking up and hitting an alarm. You’ve probably seen that many times, and you’ll risk boring the reader.

Don’t open with a character ruminating about her/his life or anything else. That can come later.

Don’t leave the reader guessing who has the point of view, where the character is, or what’s the timing of the story. It’s okay for the reader to be lost for a few sentences, but not much more.

Kat describes what backstory and exposition are.  I’ll share what I don’t think you should do with them.

Don’t give large segments of backstory or exposition. If either doesn't move the story forward, develop the character, cause tension, give a clue or a red herring, then don’t include it. This is a place where you can reduce the work count.

Here’s a method for learning how to write great exposition.  Choose a novel you’ve read where you didn’t skim any of the exposition. Highlight every occurrence of exposition and figure out why the author included it. It did this with Ken Follet’s novel WHITE OUT. You’ll be amazed by what you learn. You can also do the opposite and highlight exposition you skim. Then think about why you skimmed it.

You don't have to name every character. For walk on parts, like a server in a coffee shop, you can just write server. There’s no need to include, “Hi , my name is Mary. I’ll be your server for today,” unless it’s relevant to the story.

Please don’t share every thought your character has. If their thoughts are relevant to the story, they should be included. If not, perhaps consider deleting them.

Try not to give your characters names that sound too similar. Jim and Tim will confuse the reader at some point. Even naming characters with names that start with the same letter, such as Kate and Karen, might cause a problem.

Sub plots add suspense and depth to your novel. But what should you avoid. Too many sub plots will weaken the main plot. If the subplot is not related to the main plot, think about deleting it.

Don’t spend too long a sub plot. As Kat says, the sub plot needs to be interwoven into the story. If you leave the main plot line for too long, you risk losing the reader.

I stopped reading all books by an author I used to love because she ended a novel with a serious cliffhanger. This was not a trilogy where you except to be led to the next story in the series. The story belonged to a series, but each novel leading up to this one was complete on its own. Now, I’m talking a major cliffhanger. So here’s what I did. I downloaded the sample of the next novel just to find out which major character died, then I stopped reading. This may sound harsh, but I’d invested hours in the book and the ending was not satisfying. Don’t push your readers away with an unsatisfying ending.

This post was a blast to write. First I learned from Kat and then I got to think about what shouldn’t be done when writing a novel. I hope the two posts give you some ideas about the do’s and don’ts of writing a novel. 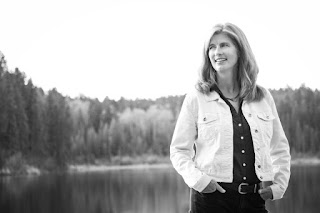 Kristina Stanley is the author of the Stone Mountain Mystery Series. Her books have garnered the attention of prestigious crime writing organizations in Canada and England. Crime Writers of Canada nominated DESCENT for the Unhanged Arthur award. The Crime Writers’ Association nominated BLAZE for the Debut Dagger. She is published in the Ellery Queen Mystery Magazine and Voices Of the Valleys Anthology.

Before writing her series, Kristina was the director of security, human resources and guest services at a resort in the depths of the British Columbian mountains. The job and lifestyle captured her heart, and she decided to write mysteries about life in an isolated resort. While writing the first four novels, she spent five years living aboard a sailboat in the US and the Bahamas.

Kristina loves to connect on line. She can be reached at: