REVENGE OF THE SEA!!!

Today I have the amazing author, Jesse Giles Christiansen, of the riveting
Captain Shelby Trilogy on my blog!!
REVENGE OF THE SEA is his new book, and I have to tell you I cannot wait to read this one, as the two previous books were phenomenal and kept me up into the wee hours until I finished them.
I know this new book will not disappoint!!

Praise for Revenge of the Sea!

“From the first page to the last, this final novel in the Captain Shelby Trilogy gave me goosebumps and I didn’t want to put it down. Full of wisdom, poetry, romance and adventure, Revenge of the Sea is a voyage every mystery lover is looking to undertake.” –Lynn Alexander, author of Man Done Gone and editor of the Atlanta Review
“A chilling dive into environmental horror and the seductive power of evil. There’s an ocean of talent here.” —Scott Nicholson, bestselling author of Afterburn
“Revenge of the Sea is a richly imaginative tale for the seafaring mystery lover—suspenseful and swirling with mystical phenomena in a sublimely creepy atmosphere.” —EM Kaplan, award-winning author of Dim Sum, Dead Some
“For me Christiansen’s writing is reminiscent of A Song of Stone by Iain Banks. Sentences read like sheer poetry and the plot pulls you along. It’s a wonderfully dark tale, oceanic with a hint of the demonic too.” —Shani Struthers, author of The Haunting of Highdown Hall

1. When I was four years old, I was hit by a Mack truck and was in a coma for 72 hours. The doctor said if I survived, I would have brain damage or become a writer.

2. I actually did not write a novel until I was twenty-six years old, which was written on an actual typewriter. The novel was JOURNEY INTO THE MYSTIC, which my ex-wife destroyed and I had to re-write.

3. I cannot stand soup or stew or anything remotely similar because I was raised on Crock Pot foods that our well-meaning, hard-working mother would leave cooking all day long.

4. When I was seven years old, while driving through the Canadian countryside, I saw a U.F.O.

5. When I was only a few years old, I was accidentally trapped in a car during a very hot summer day. To this date, I have claustrophobia and cannot go into steam rooms or saunas.

6. I have aerophobia to the point that I cannot go onto a roof that doesn’t have railings. Also, while I can fly in airplanes, it is usually quite an ordeal.

7. I have a White Siamese cat named Cleo who is so intelligent, she has over twenty different meows, plays hide-and-seek, and will stare at you for hours.

8. My first career choice was a singer, but I could never get comfortable on stage.

9. Morgan, the main female character from the novels PELICAN BAY and REVENGE OF THE SEA, is based on a real ex-girlfriend who was as bad in real life. She has not read any of my novels.

10. I am a master at chess but had to stop playing because it became an addiction. 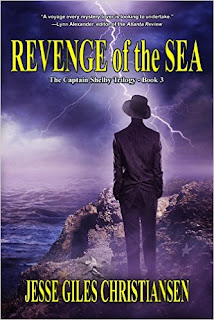 Beware of what the tide may bring…
Ethan Hodges is deeply unsettled when thousands of decomposed starfish inexplicably wash up along the shore of Pelican Bay. As the ominous sea epidemic spreads to other marine life, he continues to see a suspicious-looking man loitering on the beach.
To solve the mystery, Ethan seeks help from longtime friend, Sheriff Dansby, and Reagan Langsley, a beautiful marine biologist from Lighthouse Point. Spurred by curiosity and jealousy, Ethan’s estranged wife, Morgan, joins them in the investigation.
When the elusive outsider is finally arrested, an enigmatic relationship develops between Ethan and the man. With cautious prodding, Ethan learns that the fate of the world appears to rest in the hands of the tall stranger named…Mr. DM.


Get Jesse's REVENGE OF THE SEA here:  Amazon 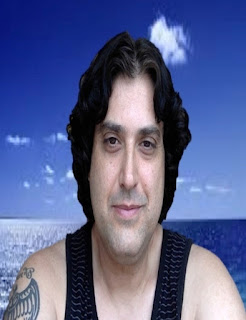 fiction weaves the real with the surreal, while also speaking to the human condition. He was hailed by New York Times bestselling author, William R. Forstchen, as "leaving readers so tantalized by the story lines, they think the events actually happened—a demonstration of skill surely to launch this author into the big leagues."

Jesse was born in Miami, FL, playing on beaches as a boy, the sky bronzing him forever and the sea turning his heart lyrical. After spending a summer in Alaska before graduating from Florida State University with a degree in literature and philosophy, he wrote his first novel, Journey into the Mystic.

He feels he is haunted by Hemingway's ghost, not just by the poster in his writing studio that stares at him, saying, "What else you got?" but also by having a café called Hemingway's in the small European city where he writes. Finally, Hemingway became his neighbor on Amazon when his novel, Pelican Bay, outsold Old Man and the Sea.
He currently lives in Lüneburg, Germany, with his wife and their precocious White Siamese cat.
To learn more about this author, visit him at www.jessegileschristiansen.com.
Posted by Kat Flannery at 00:02