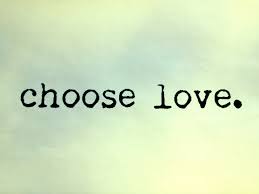 When I chose to write the first book LAKOTA HONOR in the Branded Trilogy I was inspired by the hate within our world. I know what you’re thinking…inspired by hate how could that be? Well, the act itself moved me to write a novel about the effects hate can cause.

People hate. It is a fact, and whether we like to admit it or not we’ve all done it.

I wondered what would cause someone to hate so unjustly, or righteously? Where does it come from? Bad things happen to influence one's thinking, and like Otakatay he had a lot of bad in his life. In turn he grew to become his circumstance. He harbored hate for those around him because it was shown toward him. Does this mean his actions are justified? I guess that would depend on who you ask, but since this is my blog, and my opinion, I say no.


I could not write a man who was filled with this emotion to not be without faults. We are not perfect.
Everyone makes mistakes, speaks badly about others, and has a time or two, wished ill will toward their neighbor. I created a real person within Otakatay, one with faults, with anger, with hate, with resentment but also with love.

I believe there is love in everyone.

Some choose to bury it, while others chose to live it. If Otakatay  did not have love deep inside of him, even though he refused to acknowledge it more than once, he wouldn’t have been able to heal--to forgive. And I desperately wanted that for him.

Nora was the other way. She’d been dealt a similar hand as Otakatay. She’d experienced greed, lust, hate and resentment. She chose to love anyway no matter what the cost. She forgave her father for the wrong he'd done. She put herself in danger time and time again because she loved and in turn was judged, ridiculed and almost put to death. But one thing remained the same for her…love.

As I wrote these characters stories, I began to understand why they chose the paths they did. They were human…well at least to me they were. Their actions caused reactions, from Otakatay being a half-breed, to Nora healing with her hands. They were not accepted among their own kind—within their own families.

So who’s fault was it? The answer to your question is no one.

None of us are perfect. Not the villain, Elwood Calhoun who despised anyone of colour. Not Jack,
Nora’s drunken father who resented his daughter to the point he wished her dead. Not Otakatay for killing to fulfill a promise, and not Nora for insisting she use her gift to help those in need.

Not one of these characters was any worse than the others. They all just chose a different path. They decided to become the hate, the anger, the greed, the pity and the love that was inside of them. They made decisions that altered their lives. And yet there was empathy for Otakatay, Jack and maybe a little for Elwood. There was pity for Nora and the gift she’d been given.

I chose to write the story this way.
I chose to believe there is still kindness within the world, whether it be in 1887 or 2017. I wanted my reader to feel for the man who had suffered at the hands of his father, who had been enslaved, who had made a promise. I wanted them to yearn for his salvation.

I look around at the world we live in. I see and hear things that hurt me all of the time. I’ve witnessed hate, vile and disgusting. I’ve also witnessed love of the truest kind.

I choose to be love.

I strive to not point fingers, to not accuse, to not despise. I strive to be happy for those around me, to love when it’s not given and to smile when I am frowned upon.

I forgive those who have done me wrong for I am no better than they are.

How can I profess to be a good person if I do not see my own faults first? How can I point fingers if I don’t first point them back toward myself? But most importantly how can I love if I cannot give love?