I HAVE GREAT NEWS!!!

With every pre-order of the BRANDED TRILOGY
my publisher, Imajin Books, will give you 3 FREE novellas!
Amazing, isn't it?

Forward your Amazon proof of purchase
email to kflannerybooks@gmail.com
and you will get your FREE eBooks!
*Offer is open until Sept. 30, 2017

BUT THAT'S NOT ALL!

For every pre-order your name will be entered in to win
a ruby necklace and author swag!
*Winner announced October 1st. 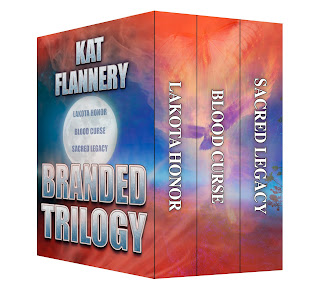 Three full-length novels in one boxed set available in e-book only! 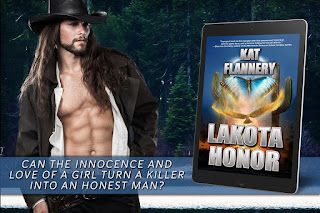 Fate has brought them together, but will a promise tear them apart?
In the small town of Willow Creek, Colorado, Nora Rushton spends most of her days locked up in her home with a father who resents her and fighting off unwanted marriage proposals from the wealthy Elwood Calhoun. Marked as a witch, Nora must hide her healing powers from those who wish to destroy all the witkowin—crazy women. What she doesn't know is that a bounty hunter is hot on her trail.
Lakota native Otakatay has an obligation to fulfill. He has been hired to kill the witkowin. In a time when race and difference are a threat and innocence holds no ground, courage, love and honor will bring Nora and Otakatay together as they fight for their freedom. Will the desire to fulfill his promise drive Otakatay to kill Nora? Or will the kindness he sees in her blue eyes push him to be the man he once was? 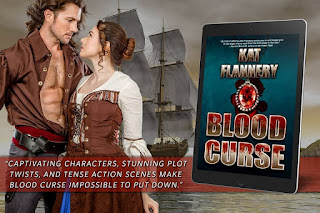 “Upon mine death for the blood ye have shed, Every daughter born to ye shall die before it draws breath, to which ye will know pain and worse, I cast unto ye mine blood curse.” ~ Vadoma
Four years after the Blood Curse, Pril of the Peddlers vows to protect her child against the evil men who hunt her. With her clan unaware of the branded girl among them, Pril has to keep the identity of her daughter a secret. When her child is kidnapped, she is forced to ask Merchant runner, Kade Walker, for his help.
Kade Walker needs to find the gypsy child. Blackmailed and pushed beyond his own moral code, he is determined to do whatever it takes. When he comes across the Peddler clan, he is sure the girl is there, however all hope is lost when the gypsies capture him. Time is running out—until Pril makes him an offer he cannot refuse.
Amidst greed, lust, revenge and love, Pril will need to trust Kade. But as the evil nears and doubt creeps in, will she discover that the enemy has been standing next to her all along? 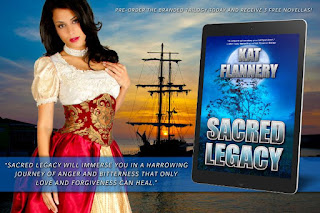 Tsura is a Chuvani, and with that comes great power…
Desperate to escape the memories that haunt her, Tsura Harris returns to Jamestown, the very place her mother forbade her to go. A gifted Chuvani, Tsura has sworn off all magick, thus making her vulnerable to the Renoldi clan, who wish to kill her and take the pendant that is the key to her power.
Red Wolf is hell-bent on living his life on the sea, until he runs into Tsura on the docks. His pride wounded from her rejection years before, he hoped to never see her again. But when the evil Corsair, Romulus Black, demands to know where she is, Red Wolf must protect her, as is his duty.
But is duty and honor his only reason, or does Red Wolf still carry a flame of love in his heart? And will Tsura finally discover her destiny?

Mystery, thriller and romance all in the palm of your hand!

Thank you so much for supporting my books, and buying the BRANDED TRILOGY!    I hope you enjoy these stories as much as I did writing them.
Happy Reading!
Love, Kat

Posted by Kat Flannery at 03:00 No comments:

Thank you for pre-ordering the BRANDED TRILOGY!
Check out the FREE books coming your way!

(Don't forget to email your Amazon receipt to kflannerybooks@gmail.com to get your FREE books)

When Eileen Edwards, a former-cop-turned-PI, is given the task to find a missing street kid named Zipper, she has no idea what she has let into her life. Not only did the boy witness a murder, he’s now being hunted by at least one motorcycle gang. Finding Zipper is the easy part; keeping him alive is the challenge. As a killer prowls the streets of Vancouver looking for the kid, Eileen discovers that Zipper not only can’t remember what he saw, he’s also hiding a shocking secret. With the assistance of Constable Larry Norman from Eileen’s old Gang Task Force unit, she helps to expose a ruthless killer, and in the process, Eileen learns that sometimes one must let go of the past in order to move forward.
See who Cheryl Kaye Tardif is...
_______________________________

When the famous Bushman exhibit of a lowland gorilla goes missing from Chicago’s Museum of Natural History, no self-respecting Chicago police detective wants the case. So the assignment is pawned off on an ‘old fart squad’ of retirees called back into service and led by the classy Aubrey Hamilton. But how does one profile a thief who has stolen a 500 lb. stuffed ape?
At first, Aubrey and her team suspect a hoax or fraternity joke—until bodies turn up inside the museum. Now the elderly sleuths must treat the case as a multiple-homicide investigation. However, the brutal nature of the attacks suggests Aubrey and her team have stumbled upon something…supernatural.
See who Robert W. Walker is...
__________________________________

A gardener who uses plants to heal, Fern Montgomery is an outcast who refuses to be pushed out of town. When her friend is murdered and all fingers point to Fern as the only suspect, she must find a way to prove her innocence while fighting off unwanted feelings for the sheriff.
Sheriff Gabe Bennett has his mind set on arresting Sarah Fuller’s killer. But his key suspect isn’t what he expected. He soon realizes there is more to the quiet gardener than he’d first anticipated. As passion blooms, Gabe is forced to face his feelings—and the woman who has stolen his heart.
Happy Reading!
Love, Kat

Posted by Kat Flannery at 00:30 No comments: