A beautiful nurse, a handsome recluse and an evil PI equals one deadly adventure.When palliative care nurse Rhianna McLeod is given a gift of a dream holiday to the Bahamas from her
dying patient, billionaire JT Lance, she has no idea that her 'holiday' will include being stranded on a private island with Jonathan, an irritating but irresistibly handsome recluse. Or that she'll fall head over heels for the man. Jonathan isn't happy to discover a drop-dead gorgeous redhead has invaded his island. But his anger soon turns to attraction. After one failed marriage, he has guarded his heart, but Rhianna's sudden appearance makes him yearn to throw caution to the wind. To live fully in the present, Rhianna must resolve her own murky past, unravel the secret that haunts JT, foil the plans of a sleazy, blackmailing private investigator and help Jonathan find his muse.
Only then can Rhianna find the love she's been searching for, and finally become...Lancelot's Lady. 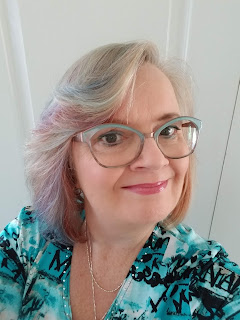 Cheryl Kaye Tardif is an award-winning, international bestselling Canadian suspense author published by various print, e-book and audiobook publishers. She is best known for Children of the Fog (over 200,000 copies sold worldwide), Submerged, the Divine Trilogy and Whale Song. Many of her novels have been translated into various foreign languages.

When asked what she does, Cheryl likes to say, “I kill people off for a living!” You can imagine the looks she gets. Sometimes she’ll add, "Fictitiously, of course. I'm a suspense author." Sometimes she won't say anything else.

Residing in West Kelowna, BC, in Canada’s beautiful Okanagan Valley, Cheryl is now working on a special project she hopes to sell to Netflix, Crave TV or Prime Video: twelve episodes of a television crime drama series set in the Okanagan. She’s also working on another thriller­—and a second children’s picture book.

Booklist raves, “Tardif, already a big hit in Canada…a name to reckon with south of the border.”

Posted by Kat Flannery at 12:00 No comments: